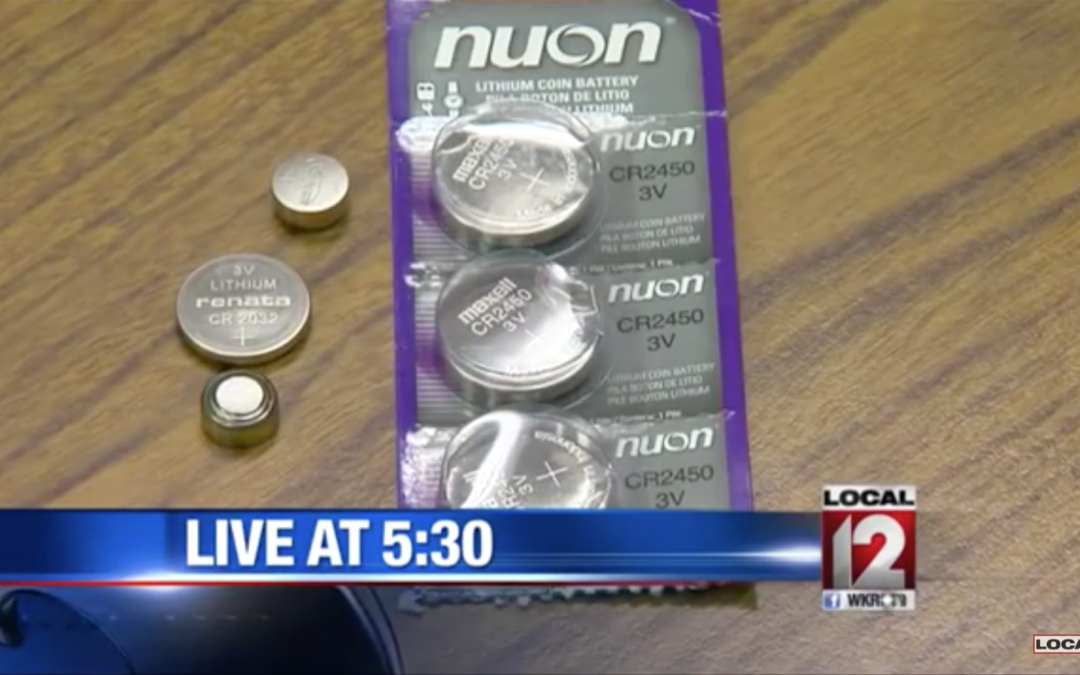 CINCINNATI (Rich Jaffe) — They power many of the things people use every day but every year nearly 3,500 people are injured because of the tiny power cells.

Doctors at Cincinnati’s Children’s Hospital work miracles almost every day. August 27 they will use a piece of a little boy’s rib to rebuild his throat. But it’s how the child got injured that should be a wake-up call to parents everywhere. A tiny battery almost killed him.

The tiny lithium batteries are everywhere, in watches, remote control units, clocks, etc. They’re so small they’re called ‘button batteries’ and as useful as they are, in the hands or mouths of small children they can be deadly.

One day before another surgery at Cincinnati’s Children’s hospital, 4-year-old Emmett Rauch and his mom joined his doctors to talk about an all too hidden danger, The tiny lithium batteries known as button batteries.

Choking back tears, Karla Rauch, Emmett’s mom, explained, “When we tried to do research on it there was nothing out there about it. Just a small article by the National Poison Control and that’s when we decided this is what our mission is.”

Barely 1-year-old at the time, Emmett swallowed one of the quarter size batteries. Lodged in his throat, no one knew what was wrong.

Karla continued, “We ended up taking him to an urgent care because it was a Saturday and they sent us home with a cold diagnosis, saying it’s one of those things that was going to get worse before it gets better.” But things got much worse. Two days later Emmett was in an emergency room. His mom said, “And an x-ray was taken and they could see the button battery lodged in his esophagus. They could actually see the serial number on the battery in the x-ray.”

“The battery virtually burned through Emmett’s throat and almost killed him. He was left unable to breath, eat or speak on his own. To give the public some idea just how dangerous the batteries can be to a child Local 12 decided to do a little bit of an experiment.

At about 11:30a.m. Local 12 put two of the batteries between a couple slices of ham. Half an hour later the outline of one battery could be seen and after an hour both were visible.

The batteries do damage to tissue both through their acid and their electrical charge. Six hours after Local 12 put the batteries between the slices of ham they had almost burned holes through the meat.

A person can only imagine what that would be like lodged in a child’s throat.

The one that Emmett swallowed popped out of the family’s DVD remote control unit. The lesson clearly was do everything possible to keep these out of the hands of children.

Karla Rauch is working with some legislators to pass requirements that battery covers on things like remote control units are held in place with screws rather than just springs.